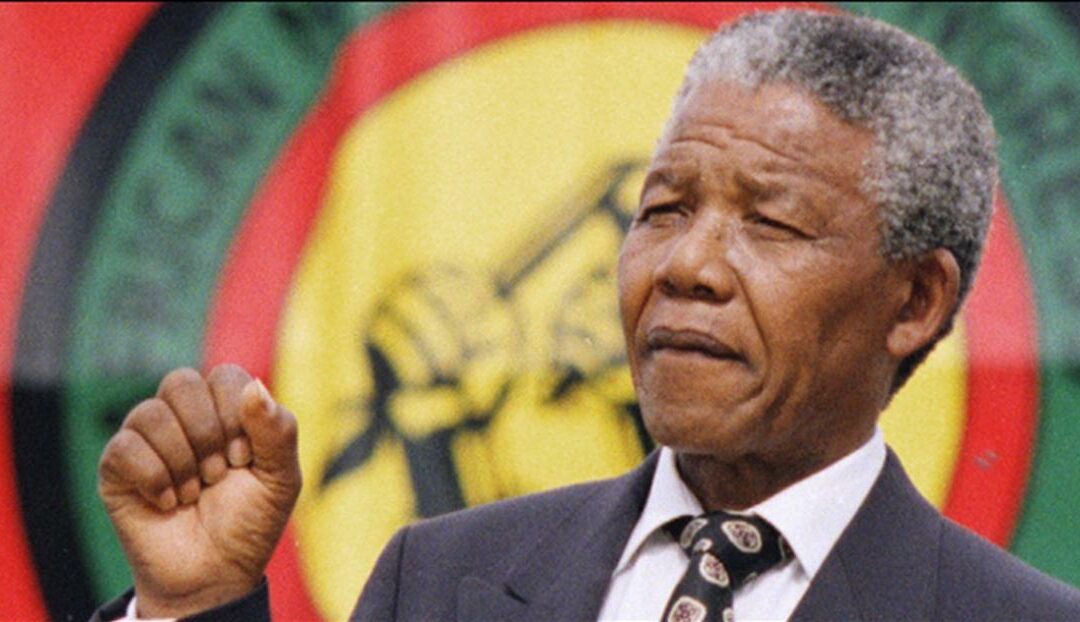 Thank you for your support of Albuquerque-based Pluma Construction Systems. As you know, we provide a full suite of commercial construction services and residential remodeling. Built on a quality foundation of unwavering ethics and quality workmanship we created the Pluma Leadership Minute (heard on 770 KKOB-AM) as a way to share insights with influential people, like you!

Born in 1918, Mandela became involved in the civil rights movement as a young man and spent 20 years leading a peaceful defiance against the apartheid government.

In 1962 he was imprisoned on claims of treason and conspiracy. He was kept captive for the next 27 years, where he suffered from cruel and inhumane punishment. In 1988 he contracted and suffered with  tuberculosis however, was treated and cured before the disease could progress to the more dangerous advanced stages.

Nelson Mandela was released from prison in 1990 and within 4 years he would be elected as South Africa’s first black president.

He said, “I learned that courage was not the absence of fear, but the triumph over it.”

As President of South Africa, Nelson Mandela lead a broad coalition government in which a new constitution was signed into law on March 21, 1996 – a major turning point in South African history,

As a black man born into Apartheid, Nelson Mandela’s accomplishments are monumental. One cannot overemphasize the role his patience and courage played in his accomplishments.

1. His birth name was Rolihlahla Mandela. His primary school teacher gave him the name Nelson.

2. He began his long road to a college degree at the University College of Fort Hare in 1931. He was expelled for participating in a protest against the university’s policies. Mandela eventually received his law degree from the University of South Africa in 1989, during the last months of his imprisonment. He also received honorary degrees from more than 50 universities.

3. After leaving the University College of Fort Hare, the king of his village threatened him and his cousin with arranged marriages. They both ran away to Johannesburg to avoid the marriages.

5. In order to leave the country (which he was banned from doing), he used the name David Motsamayi to get out of South Africa in secret.

6. His activism continued while in prison, both inside its walls and out. He was a mentor to other prisoners and taught them about nonviolent resistance. He also sent notes to the outside world and was a consistent symbol for the anti-apartheid movement.

7. He loved sports and even used them as part of his activism. He believed that sport “has the power to change the world… it has the power to inspire. It has the power to unite people in a way that little else does. It speaks to youth in a language they understand. Sport can create hope where once there was only despair. It is more powerful than government in breaking down racial barriers.”

8. He was released from prison in 1990 by President Frederik Willem de Klerk. The two now share a Nobel Peace Prize. 2020 marks 30 years since his release from prison.

9. He advocated for HIV/AIDS after one of his sons passed away from AIDS-related illness. Mandela’s public announcement of his son’s condition helped break the stigma of the disease in South Africa: “Let us give publicity to HIV/AIDS and not hide it, because the only way to make it appear like a normal illness like tuberculosis, like cancer, is always to come out and to say somebody has died because of HIV/AIDS. And people will stop regarding it as something extraordinary.” After his presidency, Mandela started the Nelson Mandela Foundation, which focused on fighting HIV/AIDS.

10. The year he was elected president of South Africa was also the first year he ever voted in an election in 1994. He was 76 years old.