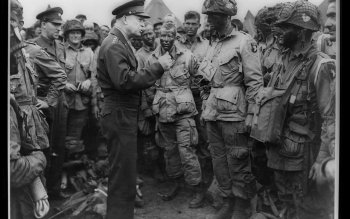 Thank you for your support of Albuquerque-based Pluma Construction Systems. As you know, we provide a full suite of commercial construction services and residential remodeling. Built on a quality foundation of unwavering ethics and quality workmanship we created the Pluma Leadership Minute (heard on 770 KKOB-AM) as a way to share insights with influential people, like you!

Today’s Pluma Leadership moment focuses on the 34th President of the United States, who once said “The supreme quality for leadership is unquestionably integrity. Without it, no real success is possible, no matter whether it is on a section gang (railroad workers), a football field, in an army, or in an office.” Being honest and showing a consistent and uncompromising adherence to strong moral and ethical principles and values are the essential qualities an effective leader must possess.

Mean what you say and do what you say. This is undeniably one of the most important characteristics any leader must possess to be successful. Stand firm on the decisions you make. Leaders remember trust is gained, and loyalty is returned, only with integrity.

During World War II, this leader became a five-star general in the Army and served as Supreme Commander of the Allied Expeditionary Force in Europe. He became one of the most important Allied generals of World War II and was promoted to General of the Army in 1944 where he led the Allied Forces to victory.

In June 1956 he signed the federal Aid Highway Act of 1956 into law. Under the act, the federal government would pay for 90 percent of the cost of construction of interstate highways. creating the backbone of our interstate system.

His support of the Federal-Aid highway Act of 1956 can be directly attributed to his experiences in 1919 as a participant in the U.S. Army‘s first Transcontinental Motor Convoy across the United States on the historic Lincoln Highway, which was the first road across America. The Highly publicized need for better main highways and continued federal aid.

In the wake of Sputnik in 1957 (a series of three artificial earth satellites launched by the soviet union which unveiled the space age), this leader responded to the Soviet challenge and to public concern and excitement by reorganizing the American space effort.

With a swipe of his pen a new government agency to conduct civilian space exploration was signed into existence.

In 1958 the National Aeronautics and Space Administration (NASA) was born.

Integrity is an essential trait for every leader. Integrity is not always easy, and sometimes requires doing the harder right rather than the easier wrong.

However, as President Eisenhower reminded us;

“Without integrity, no real success is possible.