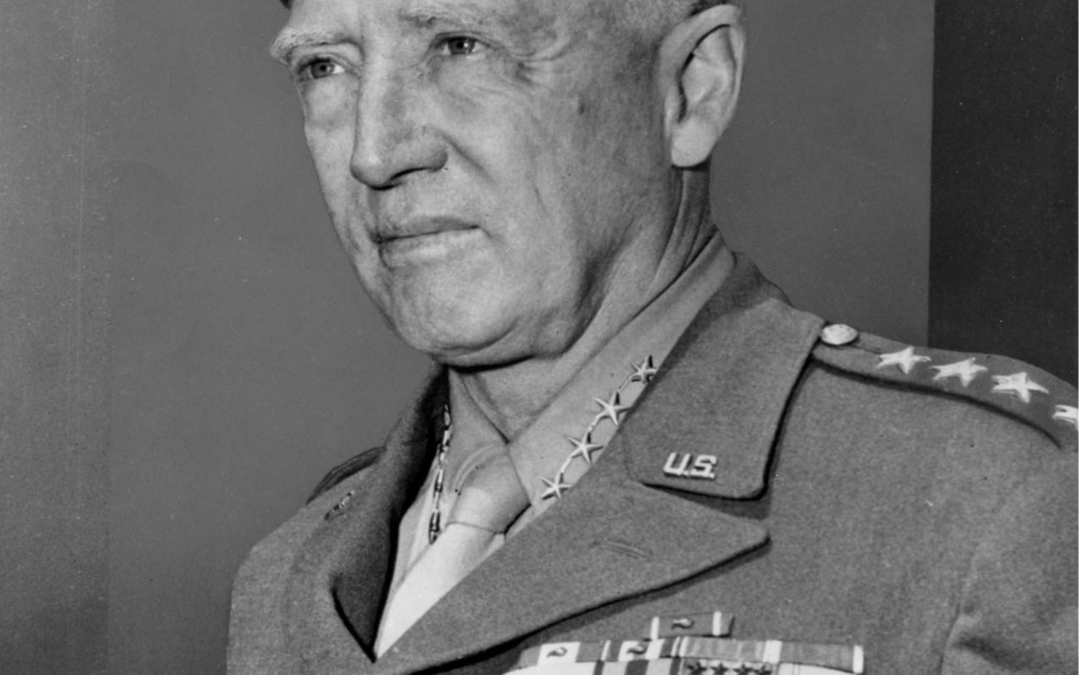 Built on a quality foundation of unwavering ethics and quality workmanship we created the Pluma Leadership Minute (heard on 770 KKOB-AM) as a way to share insights with influential people, like you!

An inspirational leader, General George Patton once said ‘The test of success is not what you do when you are on top. Success is how high you bounce when you hit the bottom.”

We all hit rough patches, 2020 is testament to that. The art is how we respond to adversity.

In the battle of the Bulge, it appeared all was lost, but General Patton used his leadership for the greatest pivot of our generation. When faced with defeat he dug deep and the German army was defeated. General Patton said, “Courage is fear holding on a minute longer.”

What are you holding onto?  Hold on for just a minute longer.

Want to receive the Pluma Leadership Minute, weekly? Sign up for our newsletter, below.

George Patton, in full George Smith Patton, Jr., (born November 11, 1885, San Gabriel, California, U.S.—died December 21, 1945, Heidelberg, Germany), U.S. Army officer who was an outstanding practitioner of mobile tank warfare in the European and Mediterranean theatres during World War II. His strict discipline, toughness, and self-sacrifice elicited exceptional pride within his ranks, and the general was colourfully referred to as “Old Blood-and-Guts” by his men. However, his brash actions and mercurial temper led to numerous controversies during his career. FULL TEXT

Why George Patton Stood Out

Historians generally agree that Patton was not only one of the greatest military leaders that the United States has ever produced but also one of the most complex and contradictory. Patton believed that it was critical for a general to stand out and to be seen by his troops, a philosophy that conveniently coincided with his ego. He dressed impeccably in a colourful uniform and knee-high boots, sporting ivory-handled pistols. Whether one liked him or loathed him, no one forgot him. He was a devout Christian who prayed morning and night, yet he was liberal with his use of profanity; he was also a staunch believer in reincarnation who was convinced that he had lived many previous lives as a warrior. Whatever demons he struggled with, and likely there were many, Patton possessed a genius for war like few others in history. FULL TEXT

The information above is an excerpt from Alex Lovelace’s article “George Patton” featured in Encyclopedia Britannica. To read the full article, visit: https://www.britannica.com/biography/George-Smith-Patton